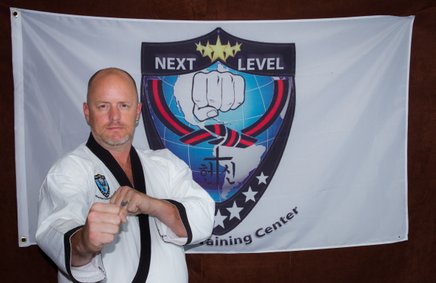 Master Boyd started training in Martial Arts in 1976 in Honolulu, Hawaii at a local Karate Program in Mokulele Elementary school. He had to put his training on hold as he moved with his father to Virginia. He later studied Tae Kwon Do in the American Tae Kwon Do Association in Jacksonville, Florida while stationed at Naval air Station Cecil Field in the Navy.

Master Boyd has taught programs at the Boys & Girls Club and Calvary Chapel in New Port Richey. Master Boyd has also trained in Hapkido, Brazilian Jiu-Jitsu and Uechi Ryu. He has also owned a school in Tampa Florida before moving back to New Port Richey and opening Next Level Warrior Training Center with Master Chad Wynn. 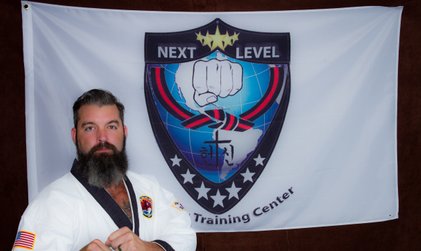 Master Chad Wynn began his martial arts journey at the age of 16 in New Bern, North Carolina, in the art of Shorin Ryu. After studying for 2 years, he enlisted in the U.S. Army where he was introduced to Tae Kwon Do. He finished his service in 1997 and began his search for a martial arts school in his new home town of New Port Richey, Florida.

It wasn’t until 2003 when he found his love for Tangs Soo Do. He began studying Tang Soo Do together with his, then 5-year-old, son under the tutelage of Master Greg Phillips.

In 2005, he received his 1st Dan and soon after received his instructor certification and began teaching the art he loved so well. He trained with Master Phillips through 3rd Dan and opened his own school (Next Level Warrior Training Center) in 2014 with his training partner, Master George Boyd.

Master Wynn was invited to be apart of the 1st annual Master Clinic with the United Tang Soo Do Association by Kwon Jang Nim Kevin Case and was tested to Master rank the following year. 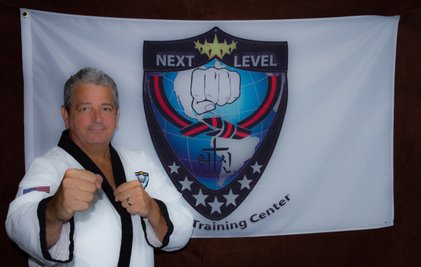 During this time, Sensei Nagel competed in tournaments across the state including the US Open Karate tournament (this was the largest US tournament, boasting 1,500 – 2,500 competitors and was started by Sensei’s instructor Ted Kresge) where he would champion kumite and place top 3 in forms.  Sensei won numerous other board breaking, sparring, and forms tournaments.

Sensei was an assistant instructor at one of Mr. Kresge’s local schools.  When Mr. Kresge retired, Sensei furthered his training with Ric Martin in Largo Florida.

Over the years, Sensei would rank in Tae Kwon Do and Ishin Ryu before beginning training in Tang Soo Do in 2012 under Master Gregory Phillips.  While offered to begin his journey as an advanced rank, Sensei chose to begin as a white belt to learn from the earliest gup rank while sharing the experience with his son.  It was during this time that Sensei met Masters Chad Wynn and George Boyd.

In 2014, Sensei would join Masters Wynn and Boyd when they opened their school as one of their first students.  Sensei earned his blackbelt in Tang Soo Do in 2016 in front of a testing panel that would include a 6th, three 4th Dan Masters and a 3rd Dan black belt.  He would then enter an instructorship with the Next Level Warrior Training Center adding elements of his root style, Uechi Ryu, to their curriculum/student experience.

Sensei Nagel works full time in Healthcare as an Imaging Director/Ethics and Compliance Officer as he continues his lifelong pursuit of Martial training with NLWTC. 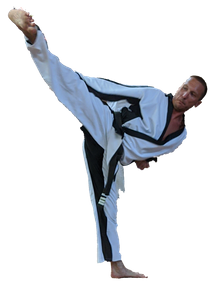